Jules Gomes reports for ChurchMilitant.com — Pope Francis ratcheted up his climate change alarmism to apocalyptic levels at his Wednesday public audience, warning that “two great glaciers in Antarctica near the Amundsen Sea” are “about to fall.”

“It will be terrible because the sea level will rise and this will bring many, many difficulties and cause so much harm,” the pontiff predicted.

Claiming he had just read about the imminent catastrophic collapse of the glaciers in the newspaper, Francis repeated his now-familiar refrain: “God always forgives; we sometimes forgive; nature never forgives.”

However, of the many papers published in scientific journals on the melting glaciers, none of them attribute the cause to global warming, Church Militant has learned.

“But there’s no evidence here that he understands science,” lamented Delingpole, author of The Little Green Book of Eco-Fascism: The Left’s Plan to Frighten Your Kids, Drive Up Energy Costs and Hike Your Taxes.

“Under West Antarctica’s ice sheet is the largest volcanic region on earth with nearly 100 volcanoes, some nearly 4000 meters high. What effect does Francis think molten lava and fumaroles will have on an ice sheet? Does he believe volcanoes are somehow a consequence of Western industrial civilization?” Delingpole asked.

Pine Island Glacier and Thwaites Glacier in the Amundsen Sea embayment “are tearing loose from their restraints,” the left-wing Washington Post reported Monday, “increasing the threat of large-scale sea-level rise.”

Again, the scientific study on which the newspaper based its story did not attribute the cause for the acceleration of the “ice shelf instability” to “climate change” or “global warming.”

The Washington Post blamed the melting glaciers on “climate change” by obtaining a quote from pro-climate-change glaciologist Isabella Velicogna.

What effect does Francis think molten lava and fumaroles will have on an ice sheet? Does he believe volcanoes are somehow a consequence of Western industrial civilization?Tweet

Velicogna said, “When the ice shelves are damaged by climate change, as we saw in the Antarctic Peninsula in the last several decades, their buttressing effect is reduced and the ice streams speed up and raise sea levels.”

The scientific study published in the Proceedings of the National Academy of Sciences (PNAS) also concluded that “assessing how much and how fast both glaciers will weaken if these changes continue remains a major uncertainty.”

It acknowledged that “many of the processes that control their ice shelf weakening and grounding line retreat are not well understood.” 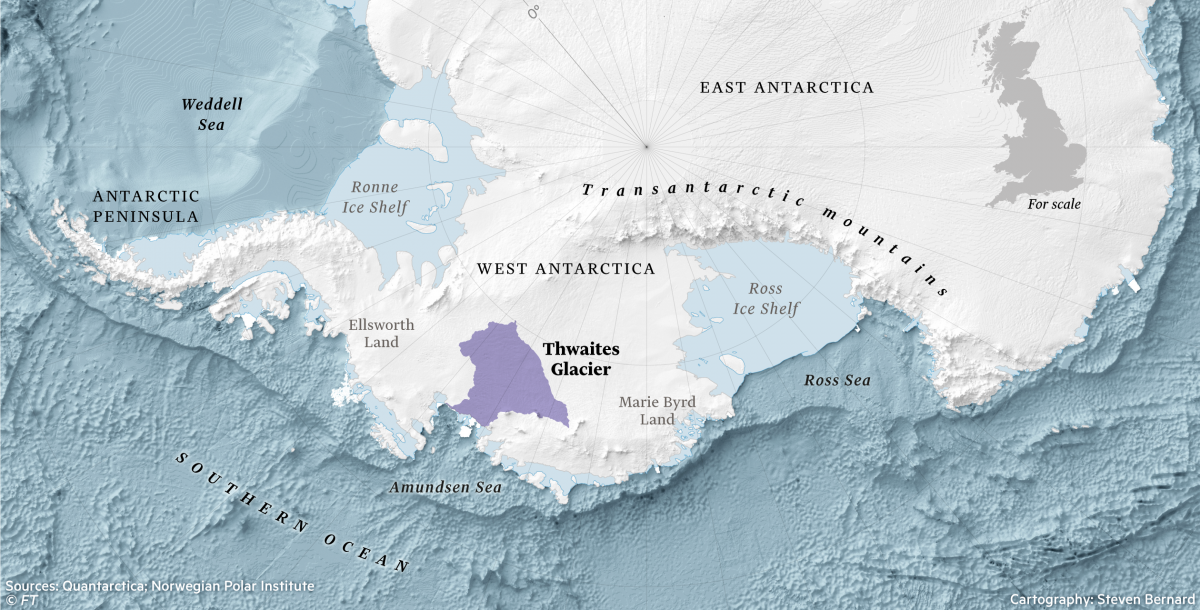 Two other scientific papers published last week in the journal Cryosphere, which were based on a 2019 expedition to the glaciers, also did not attribute the cause of the melting to global warming.

A 2002 study published by the International Glaciological Society reported the retreat of the ice but concluded that their observations “were not sufficient to determine the cause of the changes.” The study did not mention anthropogenic global warming.

Moreover, scientists admitted that the glaciers are “not likely to collapse in the next century; they are simply too big to fail right now.”

A “numerical model” study in 2014 concluded that “collapse in the different simulations” was “within the range of 200 to 900 years.”

Pope Francis also called for a “fraternal relationship with creation” in his address, which failed to mention Jesus even once and pleaded for “penance” towards “indigenous peoples” to “repair the evil we have done to them.”

In 2010, Rajendra Pachauri, head of the United Nations’ Intergovernmental Panel on Climate Change (IPCC), warned that the Himalayan glaciers would mostly likely melt away by 2035, and the ice would vanish “perhaps sooner” as a result of global warming.

The claims were soon discredited to the IPCC’s embarrassment.

Even the left-wing Guardian newspaper was forced to admit: “‘Glaciergate’ has brought into the open splits between authors of the four different IPCC reports, produced every five or so years.”

Soros, Davis and the logos

From the Editor’s Desk, Michael J. Matt considers the good, bad and ugly fallout from Election 2020. Here’s something: Why did JFK have to promise never to let the Vatican influence him as a Catholic Read more…