The Remnant reports – Being a Catholic in Japan is a profound act of loving counter-culturalism which has deep roots in the suffering of the Japanese martyrs. Many of the bishops here have unfortunately been weakened by the spiritual virus of Vatican II, but the laity who have realized what is at stake, and who are not about to throw away five hundred years of hard-bought heritage, are on fire for the Faith like nowhere else I have seen before. The Catholics here are serious—and, as I have learned to my great surprise over the years, “Catholics in Japan” is a much bigger group that “Japanese Catholics”.

I get a sense of this most forcefully at the annual March for Life in Tokyo. We are joined by some of our brave and good Japanese bishops and priests—Remnant readers will remember the great Fr. Onoda, for example—and also by so many Japanese faithful.

Marching arm in arm are people from South America, the Philippines, Korea, the Pacific islands, India, Europe, North America, Australia, and just about every other place in the world you can think of. A beautiful Pauline harmony of tongues is one of the hallmarks of any Catholic gathering here. People are speaking in Japanese, English, French, Portuguese, Tagalog, Spanish, Latin—and all for the greater glory of God.

This year, the March for Life-Tokyo organizer, Mr. Masa’aki Ikeda, had the brilliant idea to bring the call for life right to the front gate of the United Nations. The UN—globalism’s Death Star—has launched a new project called “SDGs”. These “Sustainable Development Goals” are simply a rehashing of all the other one-world-socialism programs the UN has tried in the past. Agenda21 on flash cards, is how I might describe the SDGs initiative.

Mr. Ikeda’s idea is to tie each of the 17 SDGs back to a call for respecting all HUMAN life, born and preborn. Mr. Ikeda also came up with an 18th SDG, Protect All Human Life, and we are taking that message directly to the United Nations. The UN University is in downtown Tokyo, so it’s a perfect opportunity to hit back at the anti-human forces of globalism and to let the world know that we are fighting the good fight and are more energized than ever to speak up for those who can’t speak for themselves.

Mr. Ikeda makes a great point, too, that Japan is a good place for a new pro-life movement to grow. The people here are so friendly, so kind. They will do anything to help you. There is a natural harmony in Japan that embraces people of all different backgrounds. It’s easy to form a team and get to work. I feel that spirit keenly when I join the March, but I also feel it when I interact with pretty much anyone else in Japan.

The idea is to be temples of the Holy Ghost right in the middle of Japan, to build on the wonderful foundation we have in Japanese society and to raise up a Catholic witness to the good that comes from trusting in Jesus Christ and His Blessed Mother.

The Catholics in Japan are rediscovering the dream that their ancestors cherished, the dream of a Catholic Land of the Rising Sun. It is my great honor to be here, to see what is going on and to be even a small part of the fight for every human life.

The virus is trouncing the world economy now and the Olympics are postponed. If you were going to come here for the Olympics, don’t give up! You might still be able to. But even if you didn’t have plans to visit Japan, please consider doing so once the planes are up flying again.

Come whether the Olympics are going on or not. Come join us in the fight for human life. This is the time, right here—we are taking the fight to the globalists, the preachers of false concord under the satanic terms of one-world-socialism. And we are winning, praise God.

Maria-sama, pray for us! 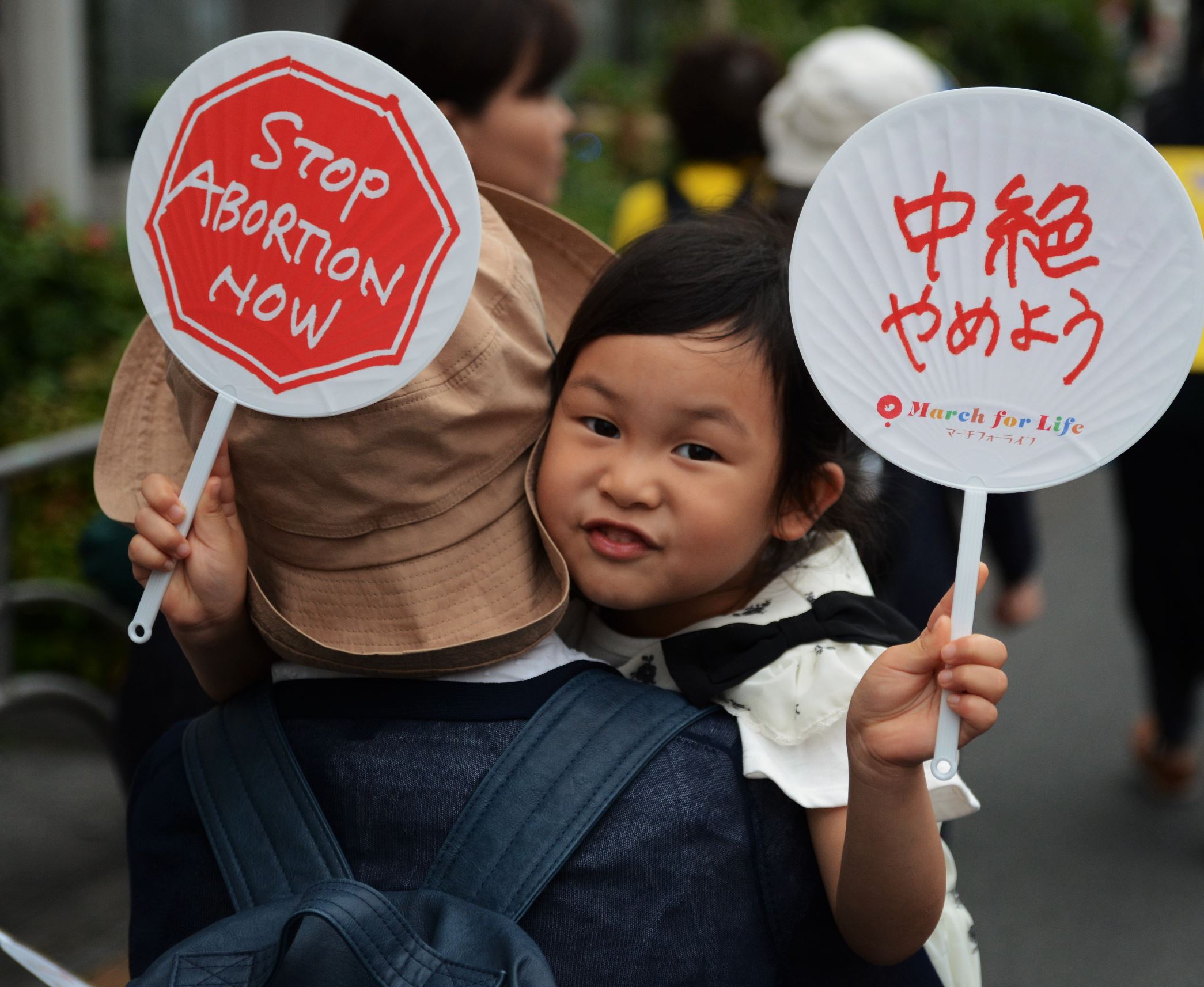 Jeanne Smits reports for LifeSiteNews : A law aiming to extend the period of legal abortion without conditions in France was adopted on Thursday by the National Assembly by 86 votes against 73 during a Read more…