One More Priest Tortured to Force Him into Official Church

Amy Barrett and her family (husband and 7 children) head to the Rose Garden for Trump’s announcement of her official SCOTUS nomination.

Remnant Editor Michael Matt reports : On Oct. 31, 2017 PlannedParenthoodAction.Org posted an article arguing that “the idea that Amy Coney Barrett would be a fair and impartial judge on issues of reproductive health is ludicrous.”

After the Senate had advanced the nomination of Amy Coney Barrett to the U.S. Court of Appeals for the Seventh Circuit to the floor of the U.S. Senate. Planned Parenthood Federation of America submitted a formal letter to the Senate Judiciary Committee opposing Barrett’s nomination. 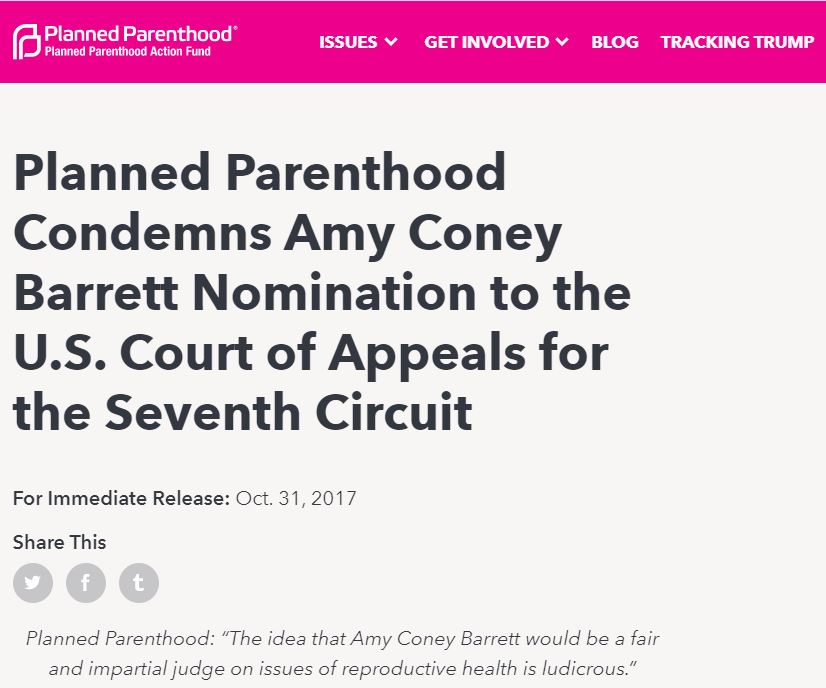 The idea that Amy Coney Barrett would be a fair and impartial judge on issues of reproductive health is ludicrous. We call on every United States senator to uphold a fundamental standard: If you oppose Roe v. Wade and would empower employers to deny women access to birth control, you should not sit on the bench. ​Planned Parenthood urges senators to reject the nomination of Amy Coney Barrett to the Seventh Circuit.

“Individual rights and freedoms are at the heart of who we are as a country, including the long-established right to access safe and legal abortion. A judicial nominee who does not believe in that freedom is dangerous to the health care of people across this country. As a leading healthcare provider, we’ve see firsthand what it means for people who are forced to cross state lines, travel hundreds of miles, or wait for weeks to get an abortion — if they can at all — due to medically unnecessary restrictions intended to block access to health care. People in Wisconsin, Illinois, and Indiana deserve a judge who will consider their individual rights and freedoms ​and follow precedent.

Sounds good to me.

If this is how Planned Parenthood condemned Judge Barrett in 2017 over a mere US Court of Appeals nomination, one can only imagine how their heads must be spinning all the way around and the projectile vomit flying against the wall after her SCOTUS nomination.

If the possessed hags at PP hate President Trump’s nominee, I’m all in.

Thanks to Donald Trump for nominating an articulate defender of life, a faithful Catholic and a mother of 7 children.