On the 13th Anniversary of Summorum Pontificum, now under threat

On the 13th Anniversary of Summorum Pontificum, now under threat: Benedict XVI placed the Church on the path of eternity and immortality.

Rorate Caeli writes — For several decades now, we have lived in the “Tyranny of the Present”. Tradition is forgotten and, precisely because it is forgotten, our responsibilities for the future are also dismissed. The liturgical experimentation that led to the Novus Ordo was the epitome of Vatican II: it has given the Catholic hierarchy the liturgical-theological basis for their current promotion of the “here and now” as the supreme aim of the Church.

With Summorum Pontificum, the most consequential pontifical legislative act since 1969, Benedict XVI upended this new materialistic logic: by opening the gates of the past, he once again placed the Church on the path of eternity and immortality.

Summorum is now under threat, with the survey being conducted whose consequences are uncertain. There was a Church before the present reality, there will be a Church forever: and the Sacred Liturgy she celebrates here, with true Traditional and Apostolic imprint, has always been and should always be, not a reflection of the banality of the moment, but a prefiguration of her immortality as Bride of Christ and her Paschal Feast with the Lord for all Eternity, outside the limitations of our present existence. 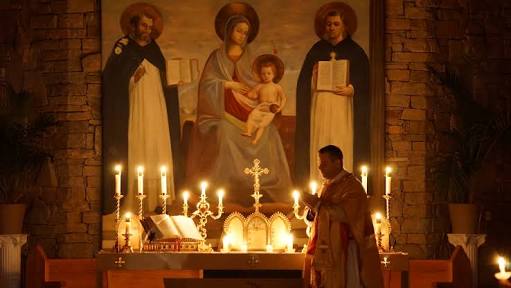 Twelve years ago, we published the following text: we do not have reason to alter one iota of it. Priests, enjoy your freedom.
*** 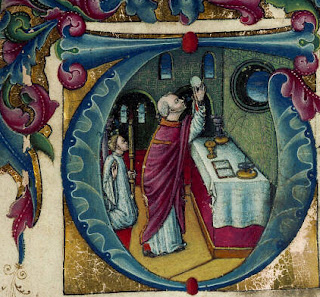 Summorum contains 12 articles of law*, in its very end, the heart of the text. They recognize facts and rights, establish rights which are new or were unclear under previous law, and create new obligations.

This is extremely important: those 12 articles are the law. Naturally, other points of law apply (general principles, concepts explicitly mentioned in the articles themselves, as well as other applicable canonical aspects), but neither the introduction to the articles (the first part of Summorum), much less the cover letter sent by the Pope to the Bishops, nor any other text may be invoked to suppress or curtail the rights recognized or created by the Supreme Legislator in the 12 articles.
______________
*There is a 13th article of law, which is the determination of a “vacatio legis” from July 7, 2007 to September 13, 2007.

Thankfully, the artles of law of Summorum are mostly quite clear. And where they may not be clear, there is a Roman Dicastery ready to provide the appropriate interpretation and probably unwilling to renounce to its recent increment in power (cf. Art. 12), to be specified by the Roman Pontiff in the future, according to his will (cf. Art. 11).

3. Summorum is a new “Constitution” of the Roman Rite.

The Supreme Legislator wished to create a liturgical framework for priests and faithful – particularly for priests. It is a “Constitution”, not as a theological document, but in the legal sense that it is a foundational law, a law above other laws: that is very clear, for instance, in the extremely important articles 2 and 4 (Masses without the people or “private Masses”, with or without attending faithful), and 9, § 3 (free use of the Roman Breviary), which are the very embodiment of the liberation.

Summorum is, then, “above” the mere liturgical dispositions of the Latin Church. It is a legal revolution in the mutual cohabitation of what are now called the two forms of the Roman Rite: that is, the Missal of Paul VI may still be the “ordinary form”, but it is not the standard compulsory form, from which some priests (due to particular deference or the charism of their order or society of apostolic life) are exempted due to special favor (“indult”). The age of the “indult” is over; the age of mere “episcopal generosity” is over: Summorum is a true liturgical Bill of Rights for all the priests of the Latin Church.

Dear Priests of the entire world, cherish and make full and good use of this document: it is not the property of “estranged minorities”; it is not the domain of “nostalgic clerics”; it belongs to all of you, it is your charter of liturgical freedom.

A Powerful Engine of Disenchantment: The Episcopal Program to End the Ratzinger Era

Peter Kwasniewski writes for The Remnant – On August 4, LifeSite News reported that Archbishop Bernard Longley of Birmingham, caught up in the global fear of contagion, has ordered the traditionally-minded Birmingham Oratory—founded by John Henry Newman Read more…

Jules Gomes reports for ChurchMilitant.com – The Vatican is to renew its secret deal with China after negotiations on bishops’ appointments proved that “the framework has worked well for the past two years,” a Chinese Read more…