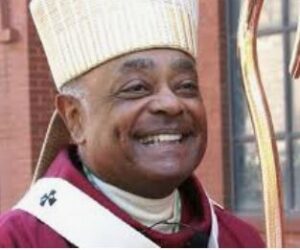 Phil Lawler writes for CatholicCulture.org – “I find it baffling and reprehensible that any Catholic facility would allow itself to be so egregiously misused and manipulated in a fashion that violates our religious principles,” said Archbishop Wilton Gregory after President Donald Trump visited the St. John Paul II Shrine in Washington.

Do you want to know what I find baffling and reprehensible, Archbishop Gregory?

I find it baffling and reprehensible:

[Phil Lawler has been a Catholic journalist for more than 30 years. He has edited several Catholic magazines and written eight books. Founder of Catholic World News, he is the news director and lead analyst at CatholicCulture.org]

Jules Gomes reports for LifeSiteNews — Pope Francis reportedly pulled the plug on pro-Hong Kong comments to be delivered after the midday Angelus recitation — leading to accusations of being gagged by Beijing.   Riot Read more…

On the 13th Anniversary of Summorum Pontificum, now under threat

On the 13th Anniversary of Summorum Pontificum, now under threat: Benedict XVI placed the Church on the path of eternity and immortality. Rorate Caeli writes — For several decades now, we have lived in the Read more…